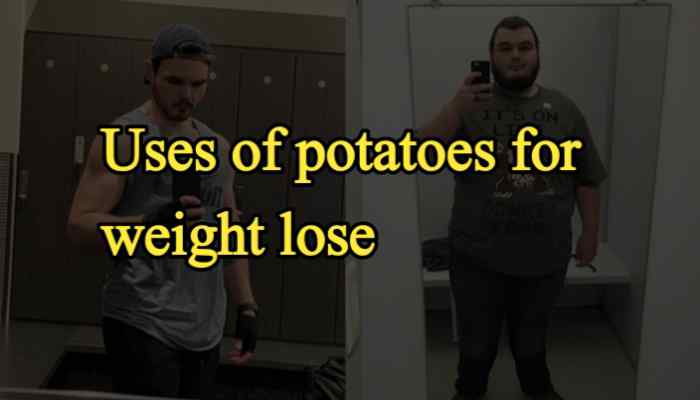 Uses of potatoes for weight lose

Obesity is caused by a person’s unhealthy lifestyle and to eliminate it, it is important that we only do dieting and exercises as well as change our lifestyle and it is not an easy task – it requires the toughest willpower that people who demonstrate can succeed – it was also a young dylan wall who, when he passed the graduation exam, weighed 193kg which was very high –

Regarding the change in his life, delan said that once he went on a fun tour with his college, but due to his heavy size in the tour, he had to face a lot of difficulties and on many occasions he was left behind from his group, which made him very embarrassed. At the same time, his sister’s house was born to his nephew, taking his nephew to the lap, he decided that he would not come in front of his nephew, but would become an example in front of his nephew and reduce his weight. Will –

Dillan said that the main reason for his obesity was his unhealthy dietary habits and he was very eager to eat meat, cheese, and fast food – his morning breakfast was ordered from McDonald’s, which was twice as much as a normal human diet, while lunch was also fast food, which was twice as much as breakfast when he had two to three sandwiches at dinner.

According to dylan, the first step he considered necessary was not dieting or exercise, but he first thought it necessary to treat the weight loss of his tongue – he believed that if he was able to control the taste of the language, then he would be able to start the journey of weight loss – for this purpose he only ate potatoes for two weeks and he used potatoes without spices, salt pepper so that he could eat his tongue without taste Get used to

See also  How can tomato juice help you control cholesterol

In the meantime, they ended up using meat, cheese and all their favorite foods, and at the same time they started keeping an eye on the use of their calories.

In the second phase of weight loss, he made a diet plan throughout the day – under which he ate two slices of egg double bread in the morning, one piece of medium size white meat without cheese or grease, and a piece of chicken in dinner, with a variety of vegetable salad and rice for a year, he lost 82 kg and during that time he did not make any kind of gym.