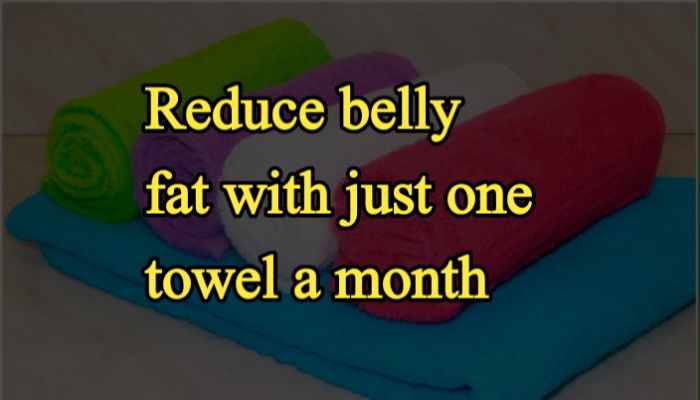 Reduce belly fat with just one towel a month

Due to our comfortable lifestyle, in which most of the day is spent sitting in front of the computer or it is not possible to walk too much to make us obese. If considered, we would have guessed that the obesity caused by sitting in such a way starts from the growth of our stomach and then goes to other parts of the body, and if we try to reduce the diet and exercise, then the rest of the body becomes set – but the increased stomach is a difficult thing to return to its original condition.

In order to reduce the stomach, Japanese expert toshiki physiosoji has told a very easy way through a towel, which is used only during the day. This method will require a large talking tool, which will not only reduce the stomach but also have no negative effects on the body.

Take a big talking towel and fold it in such a way that its width remains only seven to ten centimeters after it is folded, its width should be up to 40 centimeters so that the bottom of your waist comes completely.

Sit on the floor and spread your legs towards the front in such a way that the legs are quite straight and stretched and the distance between the two legs is only ten centimeters.

Then lie straight down in such a way that the towel is at the very bottom of the navel below your spine.

Just put your hands on the whole side and pick up above that your hands are above your head, the arm is perfectly right and the distance between the feet is 20 cm.