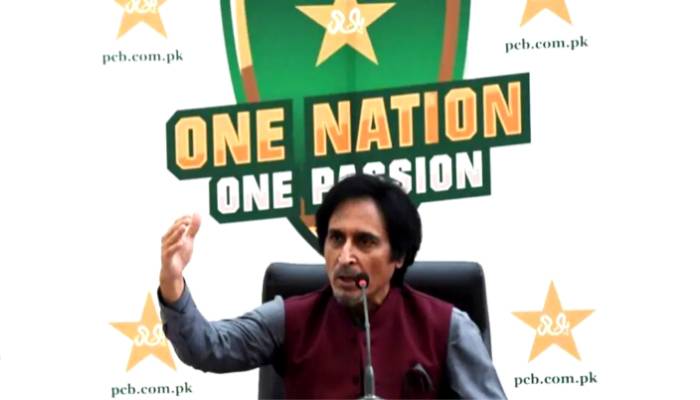 Ramiz Raja Said That Imran Khan Cut Off Contact With Me

Pakistan cricket board (PCB) chairman Ramiz raja, while trying to build ties with prime minister Shahbaz Sharif, said he has not been in touch with Imran Khan since he was removed from the prime.

Pakistan cricket board chairman Ramiz Raja said that since the change in political setups, he has lost contact with Pakistan’s former prime minister Imran khan, and wants to build relations with prime minister Shahbaz sharif for the betterment of the game.

Ramiz Raja on Friday, after the 69th meeting of the PCB board of governors, made a press conference and revealed that Imran had cut ties with them after being removed from office.

In response to a question, Raja said that Imran Bhai has disconnected from me.

After the removal of Imran khan in April, it is reported that the new government is considering bringing new leadership to the PCB. A few days ago, former chairman Khalid Mahmood also met prime minister Shahbaz Sharif.

However, to maintain his position, Raja showed respect for the current PCB patron in chief and urged him to build ties.

See our prime minister is our mentor, we have asked him for time and if he meets us, we will tell him about our work. I think there is no need for ego here, in the end, we all want the development of cricket, “said the former cricketer.

He said if there is anything about removing chairman PCB every time in the constitution, follow it. Otherwise fulfilling individual desires will not work in favor of the game.

Raja quoted prime minister Shahbaz Sharif as saying the ball is in his court.