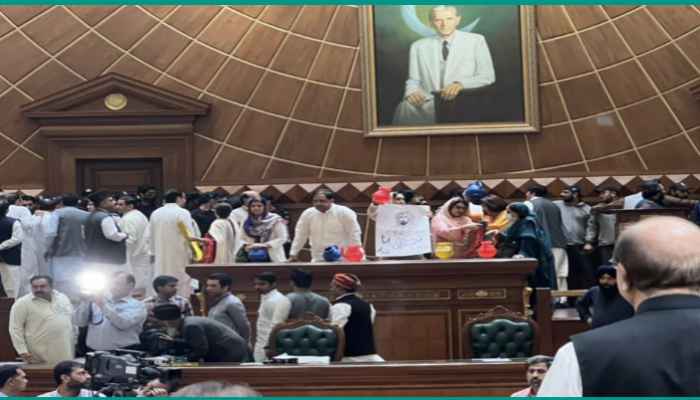 Lahore (daily Pakistan online) deputy speaker Dost Muhammad Mazari has told the names of the violent members of the assembly.

The meeting was postponed due to the turmoil by the pti members in the assembly. After completing the meeting, deputy speaker dost mohammad mazari issued a message saying that today, chief minister punjab will be elected.