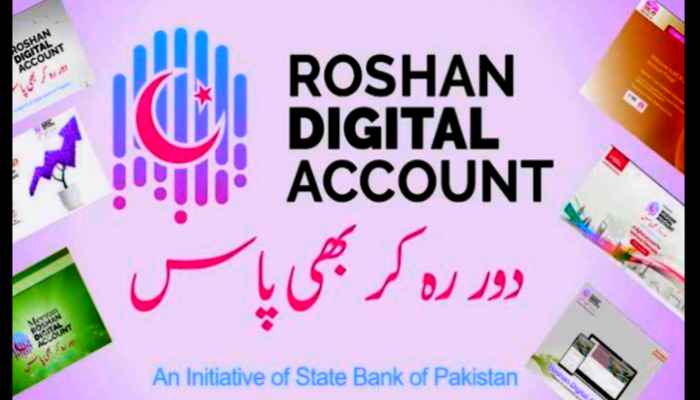 In the Roshan Digital Account, the money sent by overseas Pakistanis and the investment made under the new Pakistan certificate has been recorded in the last one year.

According to state bank data, Pakistanis deposited 18 crore 90 lac dollars from abroad in May 2022, which is the lowest amount deposited in any month since last year.

According to state bank data, overseas Pakistanis deposited $18 million in May, which was $24 million in the last month.

In May 2022, according to the Roshan Digital Account, overseas Pakistanis invested $8 crore 60 lakhs under the new Pakistan certificate, which is the lowest investment in the last 18 months.

Over 14 crore investment was recorded in May last year.

The lowest investment under the Roshan Digital Account was recorded in the early months of November 2021 at $4 crore and $80 million in October 2021.

According to state bank data, the new account opened under the Roshan digital account in May has also been reduced.

A total of 4 million 16 thousand 837 accounts have been opened so far. 13 thousand in May 2022, 15 thousand in April and 23 thousand new accounts were opened in March.

Similarly, in May last year, 19 crore 70 lac dollars were deposited in roshan digital account and in April 2021 24 crore 90 lac was deposited.

The investment made in May last year recorded 14 crore 20 lac dollars, whereas in May this year investment of 8 crore dollars has been seen.

According to state bank data, after the deposit of $18 million to $90 million in May, the total amount deposited in the bright digital account has exceeded $4 billion 35 million, while the total investment of $2 billion 83 million has been recorded under the new Pakistan certificates.

Abroad, the deposits of foreign exchange deposited in the bright digital account have exceeded 4 billion 35 million, but the amount of money has been recorded in May last month.

Many times the state bank of Pakistan was contacted to find out the reasons for the arrival of money in the bright digital account and the lack of investment in the investment account, but no response was given by the spokesperson.

In one of his tweets on Monday, muttahida ismail said, ‘we have never thought of such actions, nor will we ever do so.’

The finance minister further said, ‘rumors on social media are wrong in this regard and are being spread by influential circles.’

According to the statement issued by the ministry of finance, the government of Pakistan and the state bank of Pakistan, all those holding foreign currency accounts, bright digital accounts and safety deposit lockers in the country, assure that their accounts and lockers are completely safe, and there is no proposal to ban them.

According to the statement, rumors are circulating on social media that the government or state bank is planning to freeze foreign currency accounts, bright digital accounts and safety deposit lockers or to withdraw money or things from them.