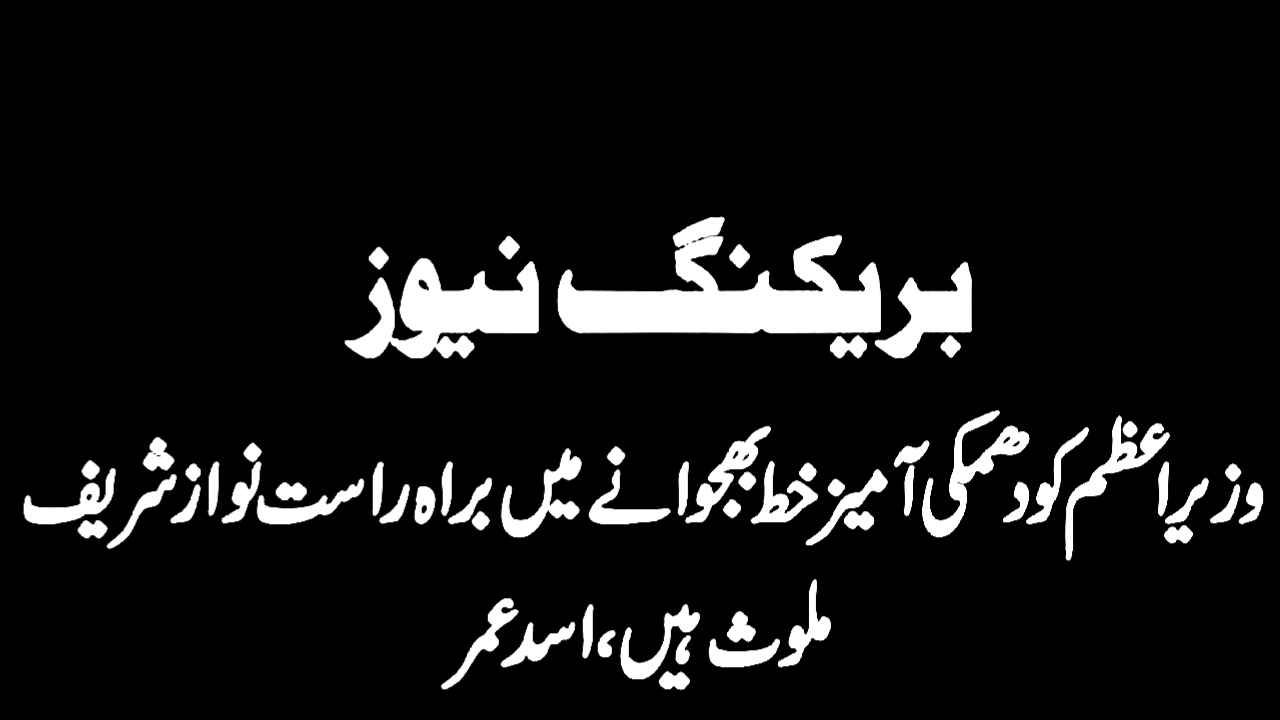 Abad: federal minister Asad Umar has said that prime minister Imran Khan’s life is in danger, the main character of the threatening letter sent to him is Nawaz Sharif.

While pressing a press conference with fawad chaudhry, asad umar said that the letter that the prime minister conveyed to the nation would like to present it to the chief justice of Pakistan because the chief justice is one of the most important posts, the history of the post is before the movement of non-confidence, it is important that the movement of non-confidence is mentioned in this post, I have seen this letter, it is really present.

He said that in the post, it is written in two words that if the movement of non-confidence is not successful, its fearful results can be recovered, there are some legal restrictions, so this post is only shown to the top army leadership and some important ministers of the federal cabinet also know about it, Pakistan’s foreign policy is directly mentioned in the post, the movement is not trusted and external hands are connected.

See also  What is The Tosha Khana

Asad omar said that the senior leadership of the PDM is not even unaware that he has been saying that all matters have been settled because he knows what is written in the post, the prime minister is elected from the people and is accountable to the people, so he wants to tell the people about the post to a certain extent because the post is a national secret and this letter is directly related to our foreign policy.

Asad Umar said that the post said that imran khan is not the prime minister, it is better if the members of the national assembly are angry or not, no one knows what elements are involved behind this movement, they would not even want to be part of a process that is contrary to the country and nation, so far they were unaware, but now the situation has come to them, how was this game prepared, would they still want to be part of it?

He said that the main character of this letter is nawaz sharif because he is sitting outside and knows which foreign agencies he has had meetings with.

Fawad Hussain Chaudhry said that I had said earlier that do not let nawaz sharif go out, such people go out and get rid of the global establishment, through the letter, where your politics will take you,